“Haymarket is a town in Prince William County, Virginia. This was a hunting ground of the western Iroquois nations, who came from the New York and Pennsylvania area around the Great Lakes. They used hunting paths through here until 1722, when they made a treaty with the colonies of Virginia and New York to move into the Blue Ridge Mountain region.” – Wikipedia.org “Due to the hunting paths, this location, and later the town, were given the nickname The Crossroads. The town of Haymarket was developed here after the American Revolutionary War, formally founded in 1799 on the land of William Skinker. The Virginia General Assembly gave Skinker the rights to lay out the town, which he drew to consist of 13 streets and 140 lots. Shortly after, a clerk’s office and jail were constructed in 1801, as the town had been selected as the site of what is now a district court. The town owed its early development to business and trade associated with the regular court sessions.” 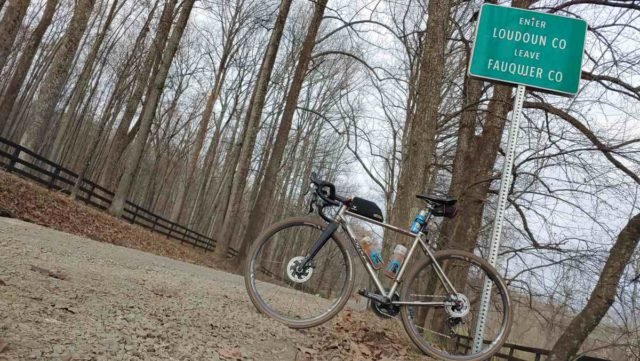 “During the Civil War, on November 4, 1862, Union troops invaded Haymarket and set the entire town on fire. Only four buildings survived: three small houses and St. Paul’s Church. For the remainder of the war, Haymarket remained mostly unpopulated. A skirmish took place on October 19, 1863, involving the Second Brigade, Second Division, Fifth Army Corp, and in June 1863. They both involved Union encounters with the Confederate cavalry. Following General Robert E. Lee’s surrender, Haymarket began to recover. Slowly it regained its former prosperity and size.” – Read more about Haymarket’s history at Wikipedia In this video, JOM of the Gravel Cyclist crew is joined by his long-time friend, Irish Ed, a former resident of Gainesville, Florida, who now resides in the nation’s capital, Washington, D.C. It is difficult to put together a bad route in this area, considering how many amazing and historic gravel roads proliferate can be found west of Washington D.C., particularly in Loudoun County. This route traveled through Catharpin, Bull Run Mountain Road, Aldie, and Middleburg. Due to the circumstances of a thing we call life, this ride was cut short from its original plan, but have no fear, as JOM rides extensively in this area of Virginia in future videos, watch this space!