In this video, JOM of the Gravel crew begins a ride from Santa Rosa (no tour of the downtown, sorry), and heads west towards Occidental, Cazadero, and beyond. The towns of Sebastapol, Monte Rio, Cazadero, Occidental, Duncans Mills were traversed during his route. The route takes in some of NorCal’s well-known gravel roads such as Old Cazadero, and Willow Creek Road. Unfortunately, a lot of pavement on this route, but the quiet paved back roads made this route a pleasure to ride.

“Sebastopol was once primarily a plum and apple-growing region. Today, wine grapes are the predominant agriculture crop, and nearly all lands once used for orchards are now vineyards. The creation of The Barlow, a $23.5 million strip mall on a floodplain at the edge of town, converting old agriculture warehouses into a trendy marketplace for fine dining, tasting rooms, and art, has made Sebastopol a popular Wine Country destination.”

“Starting in the 1870s, Monte Rio was a stop on the North Pacific Coast Railroad connecting Cazadero to the Sausalito, California ferry. Redwood lumber from local sawmills was shipped to build San Francisco. After the sawmills left, the area became known as Vacation Wonderland with trains transporting San Franciscans to summer cabins and even a seven-story hotel downtown. Portions of the 1942 Academy Award-winning film Holiday Inn were filmed at the Village Inn Resort in Monte Rio. The trains no longer run, and the area now is mainly inhabited by full-year residents.” 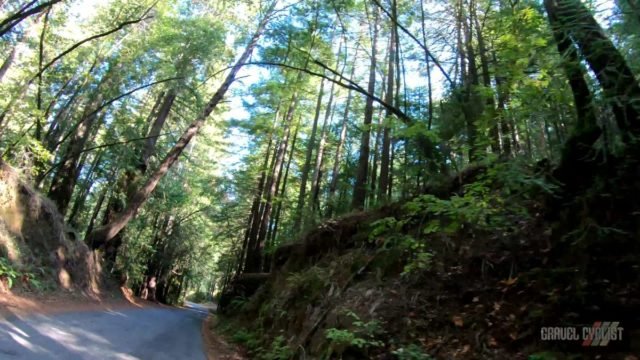 “Founded in 1876, Occidental was a stop on the North Pacific Coast Railroad connecting Cazadero to the Sausalito ferry. In return for donating right-of-way to the railroad, a local landowner named “Dutch Bill” Howards received a lifetime railway pass, and the station was named after him. The railway caused a rapid expansion of the timber industry, and by 1877 there were six sawmills in the Occidental area. Trains also brought vacationers from San Francisco.”

“Cazadero is the general area from the confluence of Austin Creek and the Russian River at the intersection of California State Route 116 and Cazadero Highway running north to the small town of the same name. The town is approximately 6 miles from Route 116. Cazadero Highway parallels Austin Creek which is a principal tributary of the lower Russian River. Located in the Sonoma Coast AVA, Cazadero can also be considered part of Wine Country.”

“The town was founded in the 1870s. It featured two hotels, a general store, a saloon, a meat market, blacksmith, livery stable, and a notion shop. Starting in the 1870s, the narrow-gauge North Pacific Coast Railroad ran through Duncans Mills on its way from Cazadero, California, to Sausalito. After being sold several times, the railroad ceased operation in the 1930s. The town slowly faded, until a 1976 restoration project, associated with the celebration of the U.S. Bicentennial, brought about a period of building restoration and business re-vitalization.”