After our trip to Spain with the gravel bike was canceled due to the corona pandemic, we decided to travel off-road across the Netherlands. We started our gravel expedition in the small German pilgrimage town of “Kevelaer” near the Dutch border. It helps that I know the area from my first 400 and 600 kilometer Brevets on the lower Rhine. We drove over a narrow forest path to the river Maas. We followed the river on small gravel roads to Venlo, where we ate our first delicious waffles! At Roermond we turned towards the west. Shortly before Eindhoven, we crossed the “Stabrechtse Heide” on some fantastic gravel slopes. Later it went along the old Wilhelmina Canal to Oirschot, a former center of furniture production. This is also the location of the largest wooden chair in Europe.

After the beautiful village of Ulvenhout, we plowed our gravel bikes through deep sandy trails in dark forests. 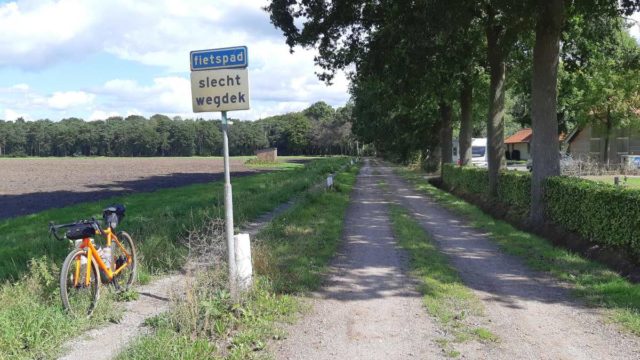 The track makes a short detour to Belgium just before Bergen op Zoom. Here we met a group of older men with bicycles who explain to us that the small border crossing is a former smuggler’s path. After following a dike for a long time, we reach Vlissingen.

Here we could admire a wonderful sunset. From Vlissingen, it was hundreds of kilometers along the seafront. The terrain changed constantly. We traveled over gravel roads, sand tracks, and then cobblestone paths. The terrain was changing constantly. 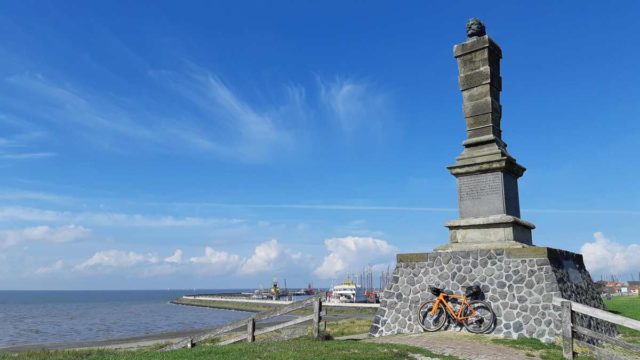 From “Den Helder” we took a ferry to the island of Texel in 30 minutes. Here we took two days to rest and relax. On the beautiful island, we could watch seals playing in the water and check the bikes over for any maintenance. It turned out that my front brake pads had been completely destroyed by the sand and salt. Not one bike shop on the entire island of Texel was able to repair the braking system. Now, I had to continue for over 200 kilometers with only one working rear brake! The region “Friesland” began at the picturesque coastal town of “Harlingen”. We then left the coast and followed the river Reitdiep to Groningen. 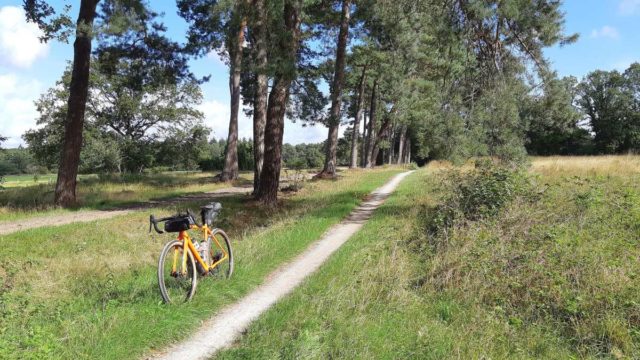 In this town, bike shop owner Erik Gorter (thank you very much!), repaired my front brake quickly and easily, meaning we could continue our journey for the final 400 kilometers. At Borger we crossed the forests of Drenthe – I still remember these areas from my 200-kilometer MTB marathon “Drenthe 200” in December 2019. 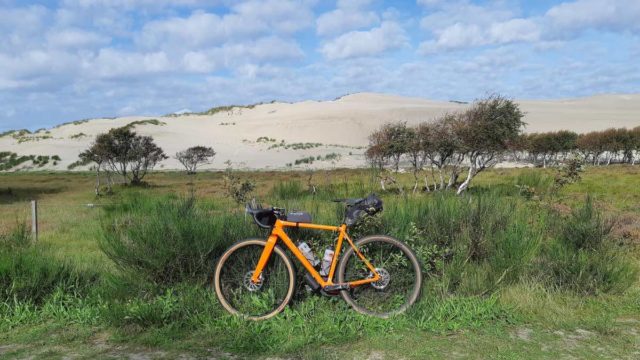 At Ommen, we stood in front of big sand dunes. The area here is also called “De Sahara” by the Dutch. After Enschede, we crossed the area “Burzerzaand” with old farmhouses on great gravel slopes. On the last evening of our trip, we were in Arnhem, became known for its bridge, and played a major role in the operation “Market Garden” during World War II. In the city, we meet three French gravel cyclists from Brittany who also riding a gravel tour through the Netherlands. Towards the end of our trip, we follow the large rivers “IJssel” and “Waal” to Nijmegen and then back to the river Maas, which brought us back to our car in Kevelaer. In two weeks and after more than 1,300 kilometers, we have ridden the small kingdom of the Netherlands on dream gravel roads!